In a Denver Post article this week, Trulia did a study stating that it’s cheaper to buy in the 100 largest metro U.S. markets.  In Denver it’s 43% cheaper to buy than rent.  This is primarily based on the growing population in Denver making a very tight rental market.  There are apartment buildings going up all around downtown, but if experts are correct, these units will be absorbed without much drop in the rental rates.  Ryan McMaken, an economist with the Division of Housing said “People continue to move here and people continue to form households here.  New households include people marrying and moving into their own homes, people moving from other states, and people divorcing and creating two households from one.  So as long as that continues, you have new people coming into the market who need somewhere to live.  We are not building enough units to cover the number of new household formations.”  I know I’ve been saying this for years but with interest rates still low, now is a great time to buy!  To read the whole story, click here. 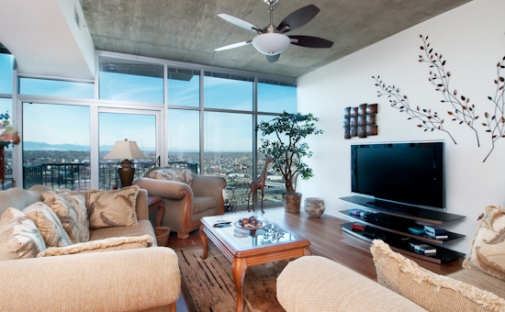 This spectacular condo was closed on 2/13/14 to my very happy buyer Roy.  He loves the incredible mountain views and perfect downtown location!