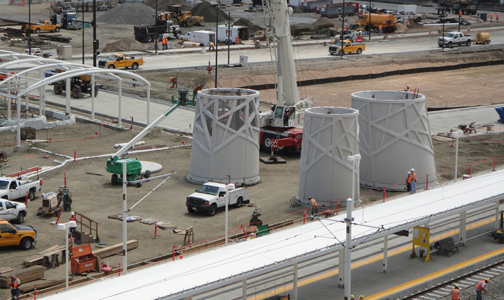 ﻿In the week since the Light Rail was taken out of Union Station, they have already removed the tracks!  The progress was so fast.  It will be great to have a safer way for pedestrians to get from the base of the Millennium bridge over to Union Station.  The other big improvement of the week was the vents into the bus station.  The three vents are now in place and look really cool.   One is an exhaust vent, the second is an air intake vent and the third will be an emergency exhaust vent in case of fire in the terminal.